The revival of old aesthetic values ​​is still continuing with a series of new hashtags on Instagram and TikTok. You may not have heard of Glitchcore, Thneed, Fetishcore, etc., but you must have seen them on the profiles of trendsetters.

Besides Y2K still “dominating” from the Internet, runways to street style, Gen Z is also expanding their perspective and creativity with bolder aesthetics. Some inspiration comes from the colorful world of technology itself, some are “historical exercises” of the 80s, 90s, etc. Young people also show concern for the environment with DIY trends. and recycle clothes. Scroll down to discover the forecast for the fashion waves that will emerge in 2022.

Glitchcore is an aesthetic born in the digital age with circuit board-like colors and overlapping graphic motifs. This idea originates from the beginning of the technological revolution when “old-fashioned” computers and the early Internet were always waiting for short-circuit problems and laggy transmission errors. Although this experience is not very happy for the “grandparents” generation, it arouses the curiosity of Gen Z children who are surrounded by Metaverse, AI, etc. 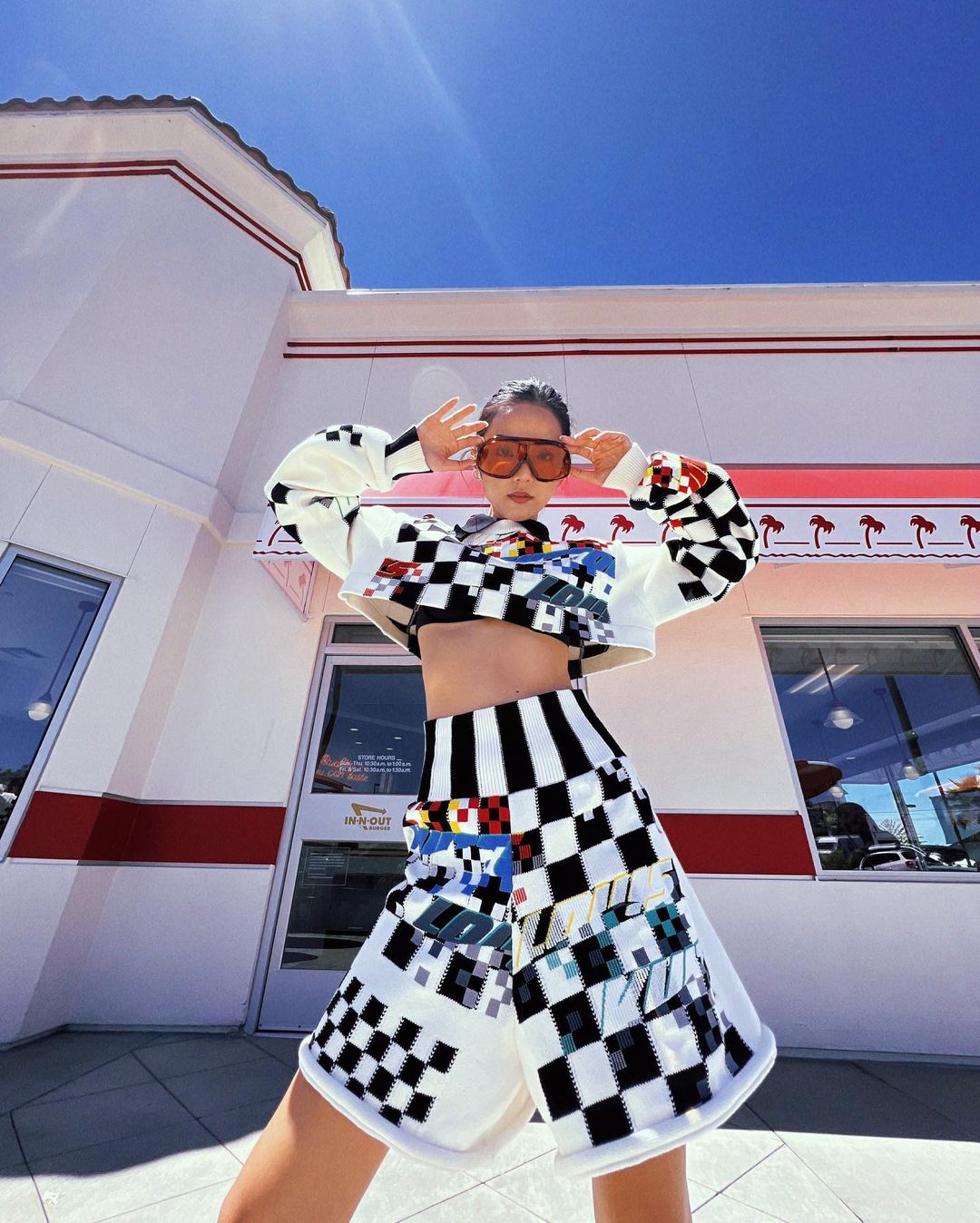 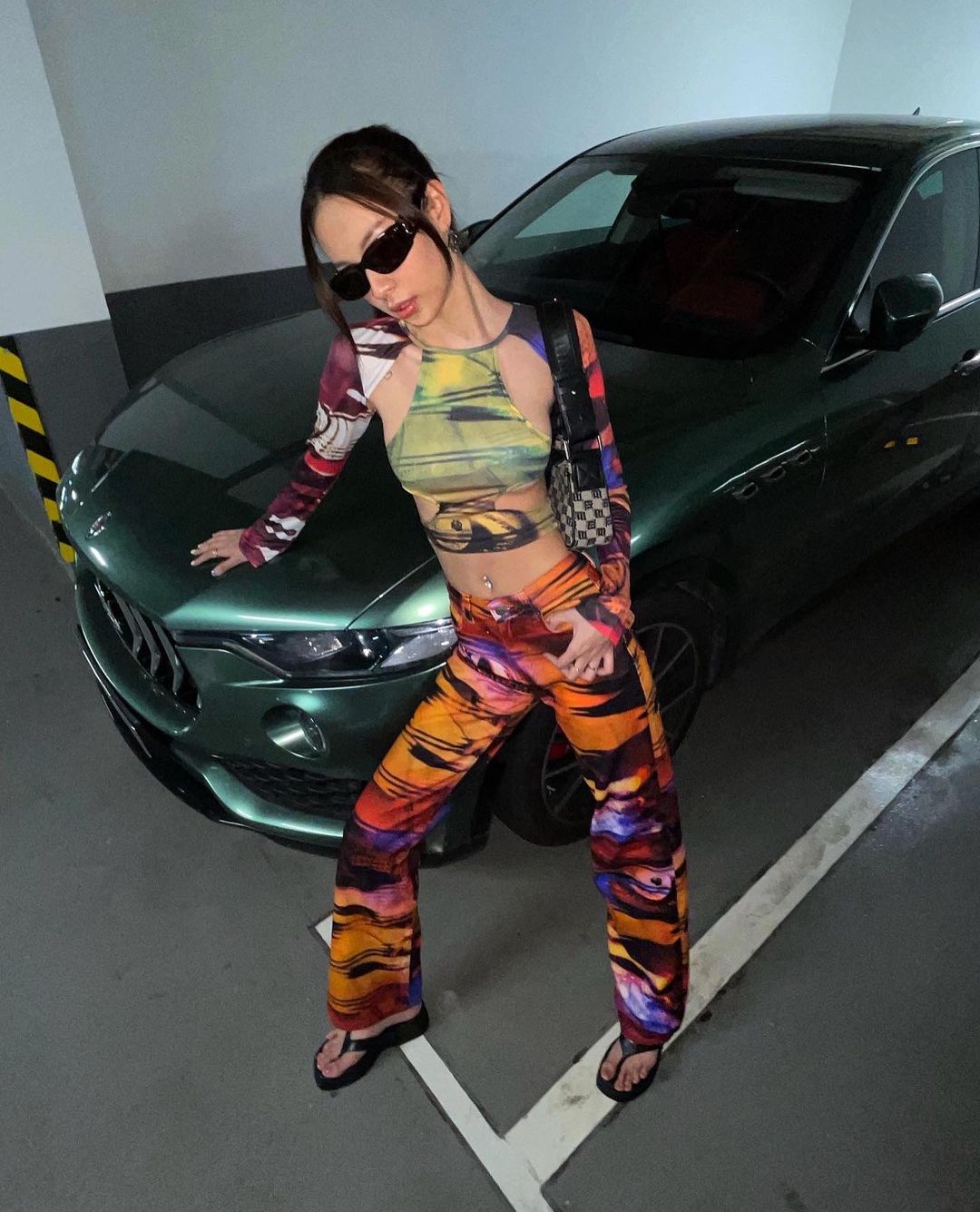 The irregular color mixing, the flickering effects of the computer screen, and the pixelated squares surrounding the cartoon character bring unique art and beauty. Fashion houses such as Balenciaga, Loewe, Missoni, Marine Serre, etc. are leading the way in “luxurizing” the “stone age” technology picture. 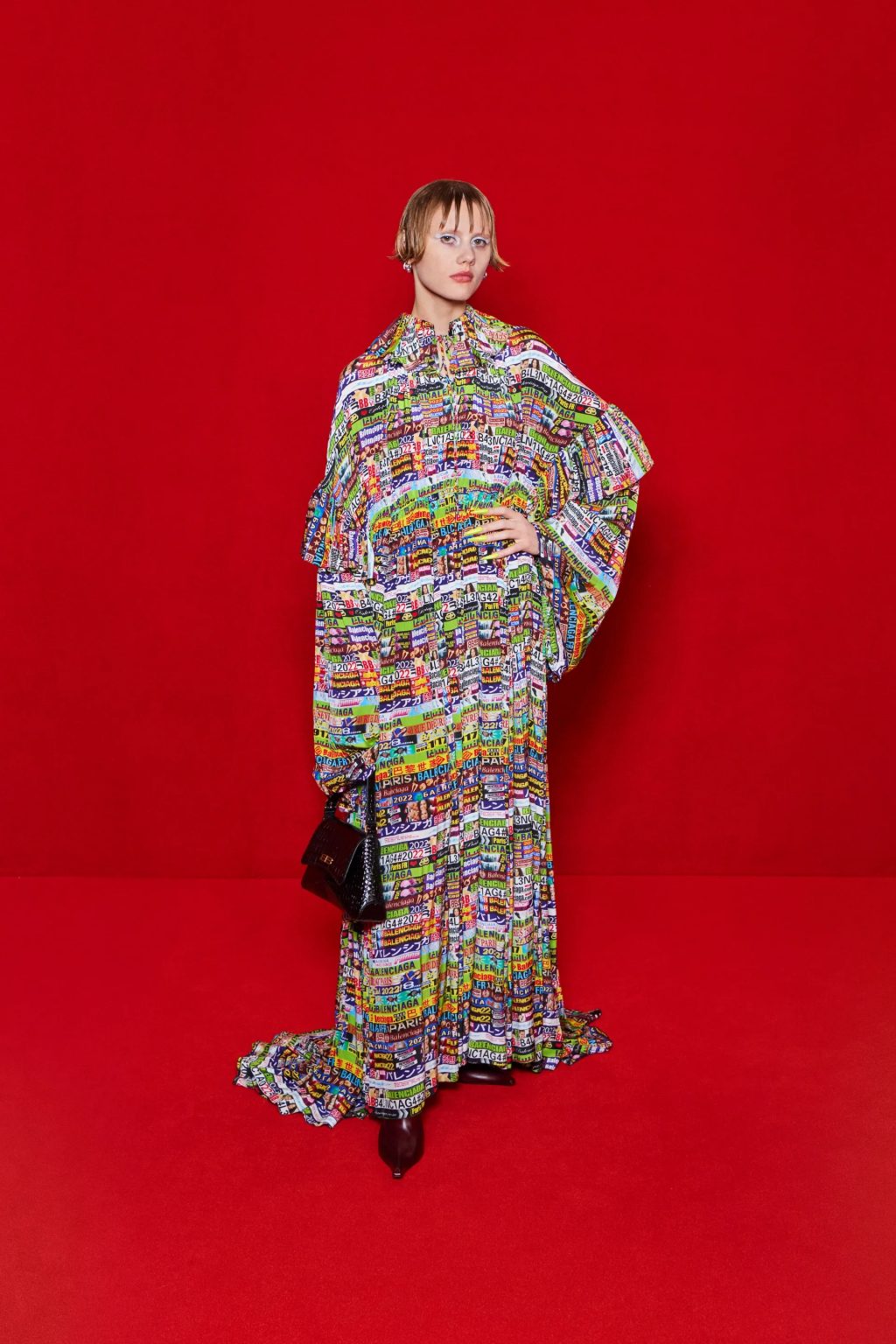 THNEED: A TEST OF THE DEXTERITY OF THE BELIEVERS’ GUILD

Thneed offers a new definition of minimalism. At this time, minimalism is not only reducing the color in the arrangement, nor the moderation in decoration, but rather reducing all kinds of costumes to a scarf, or a long cloth. The problem for the believers is how to “make” the most costumes from just that one item. 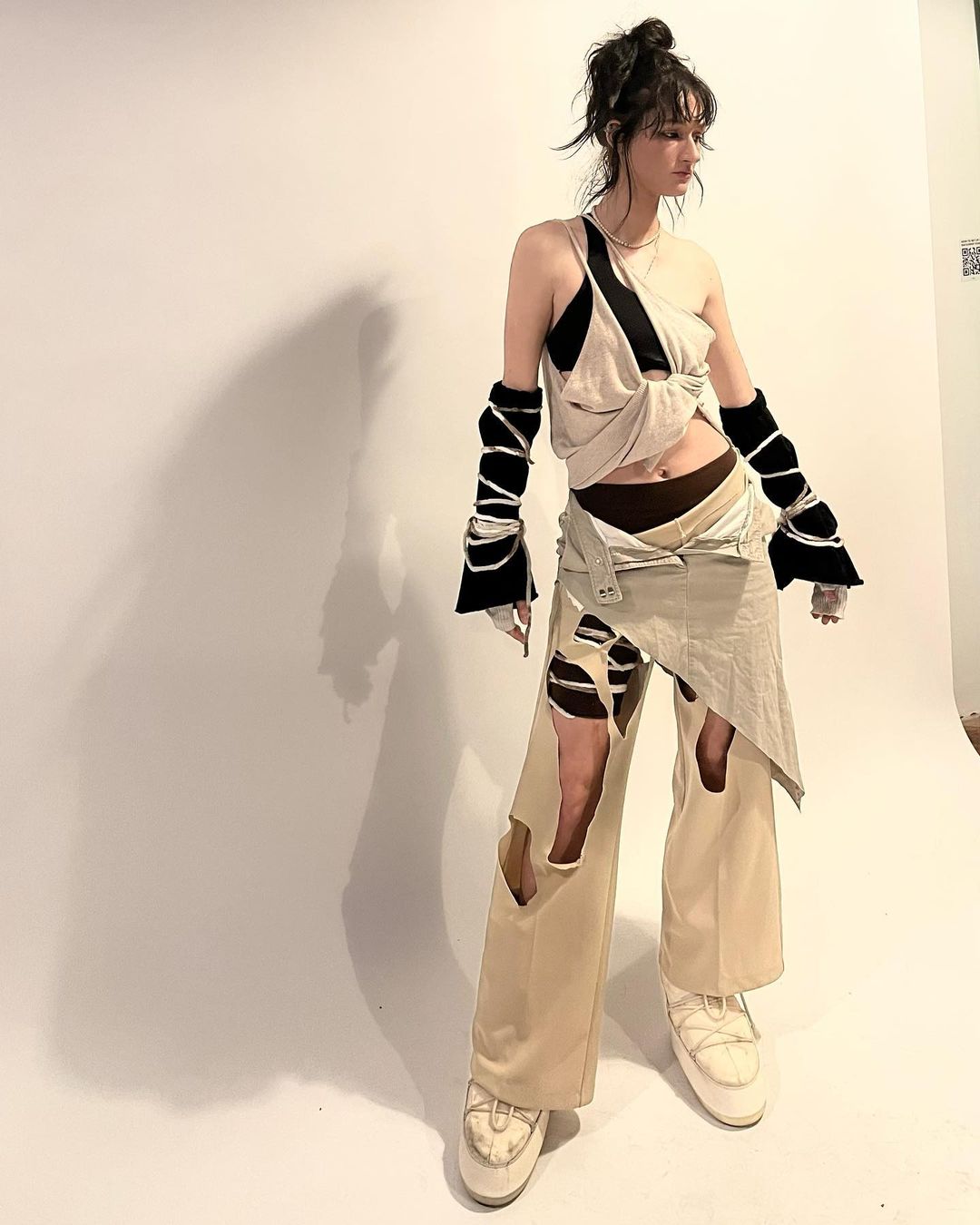 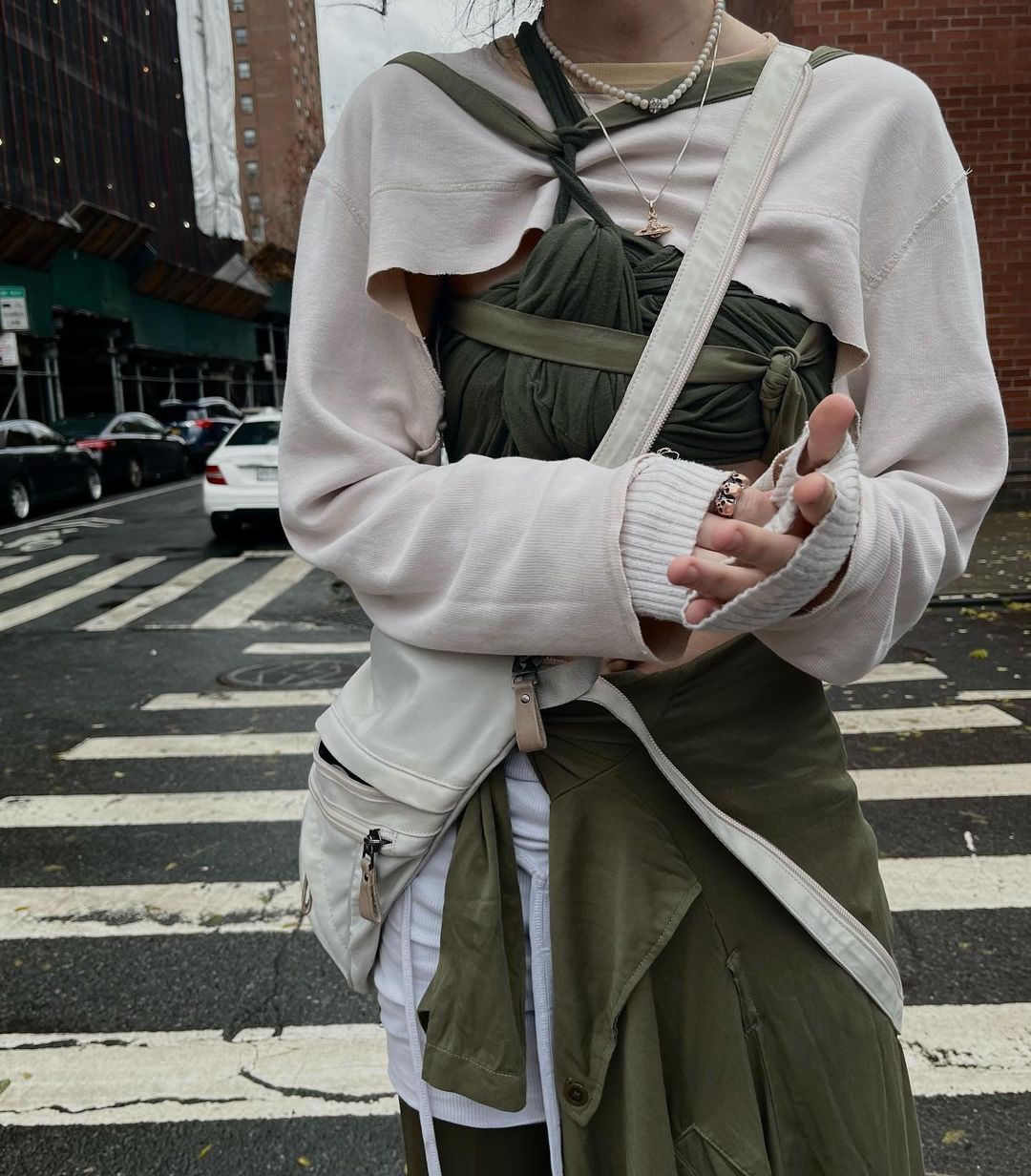 Talking about the origin of this “DIY game”, Thneed was inspired by the pink scarf in the animated movie The Lorax, it can “transform everything” into countless other items such as gloves, hats, and turtlenecks, etc. Cutting and cutting, tying, and tying not only opens up endless creative space but also becomes an effective stress reliever. 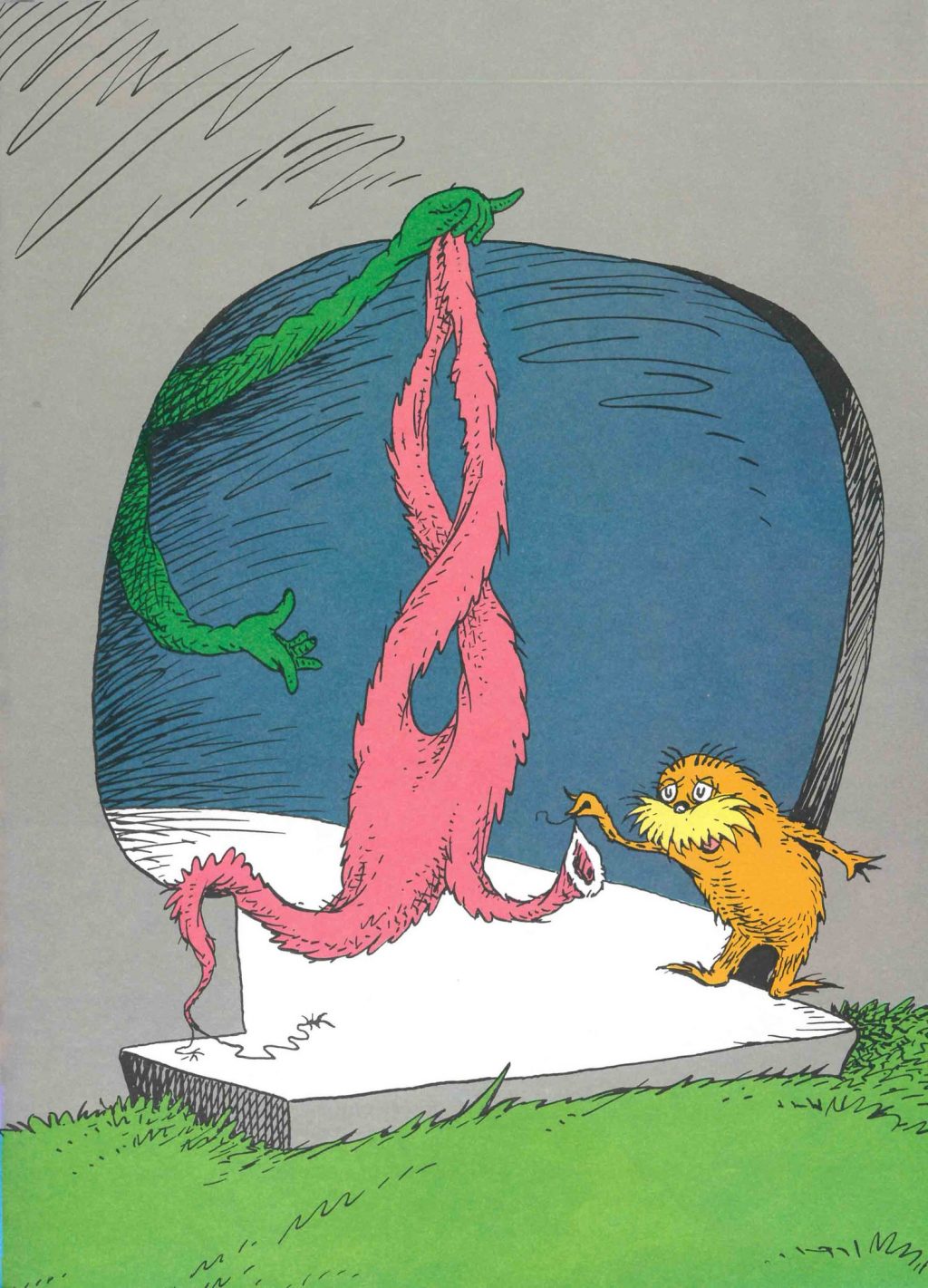 The Oxford Dictionary defines twee as “something very beautiful, in a way that you find offensive and silly”. Twee fashion is a harmony between Preppy and Hipster Chic styles – the mark of the first 9x generation. Featured items include a sleeveless blouse, Peter Pan collar, plaid skirt, tights or loafers, etc. 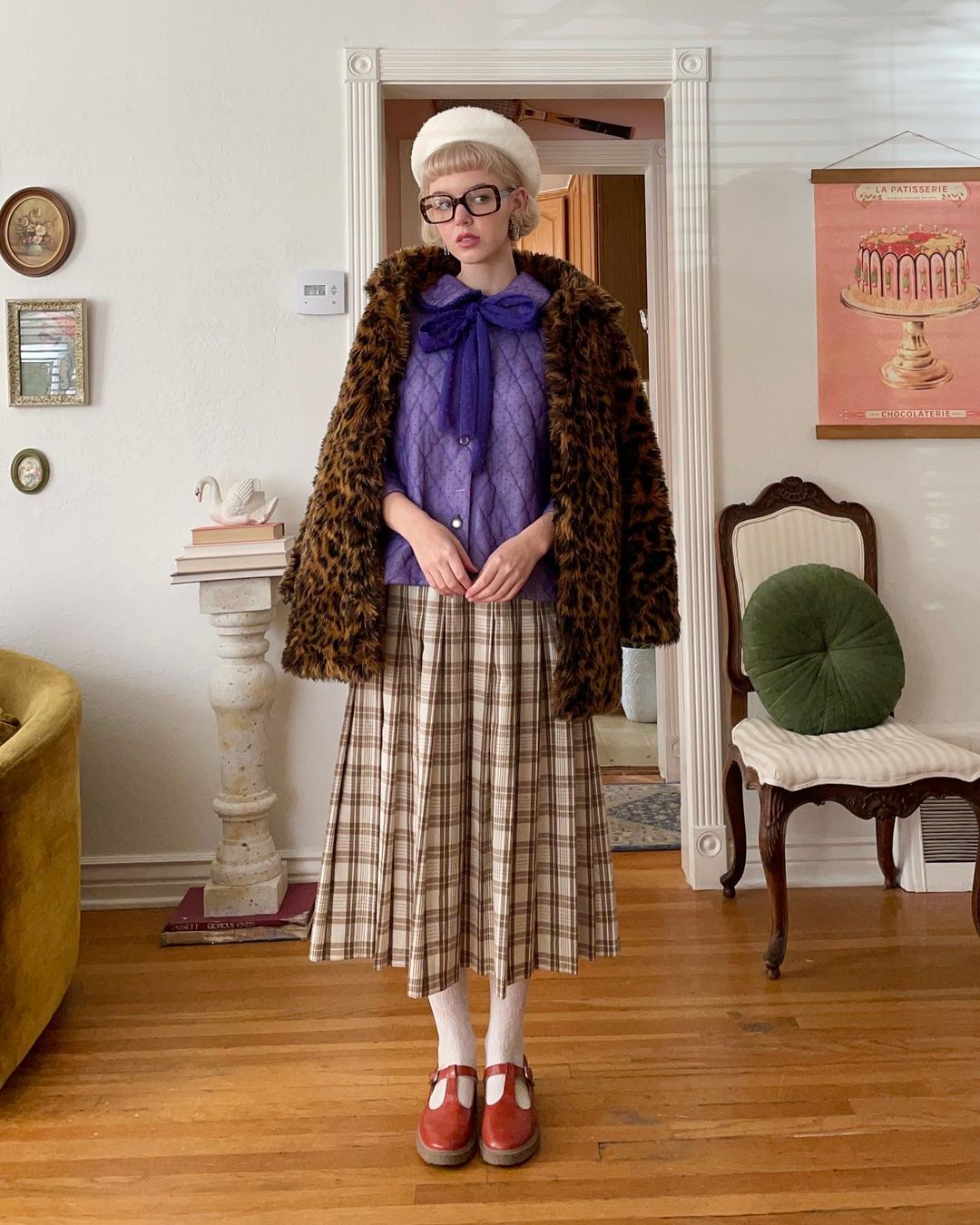 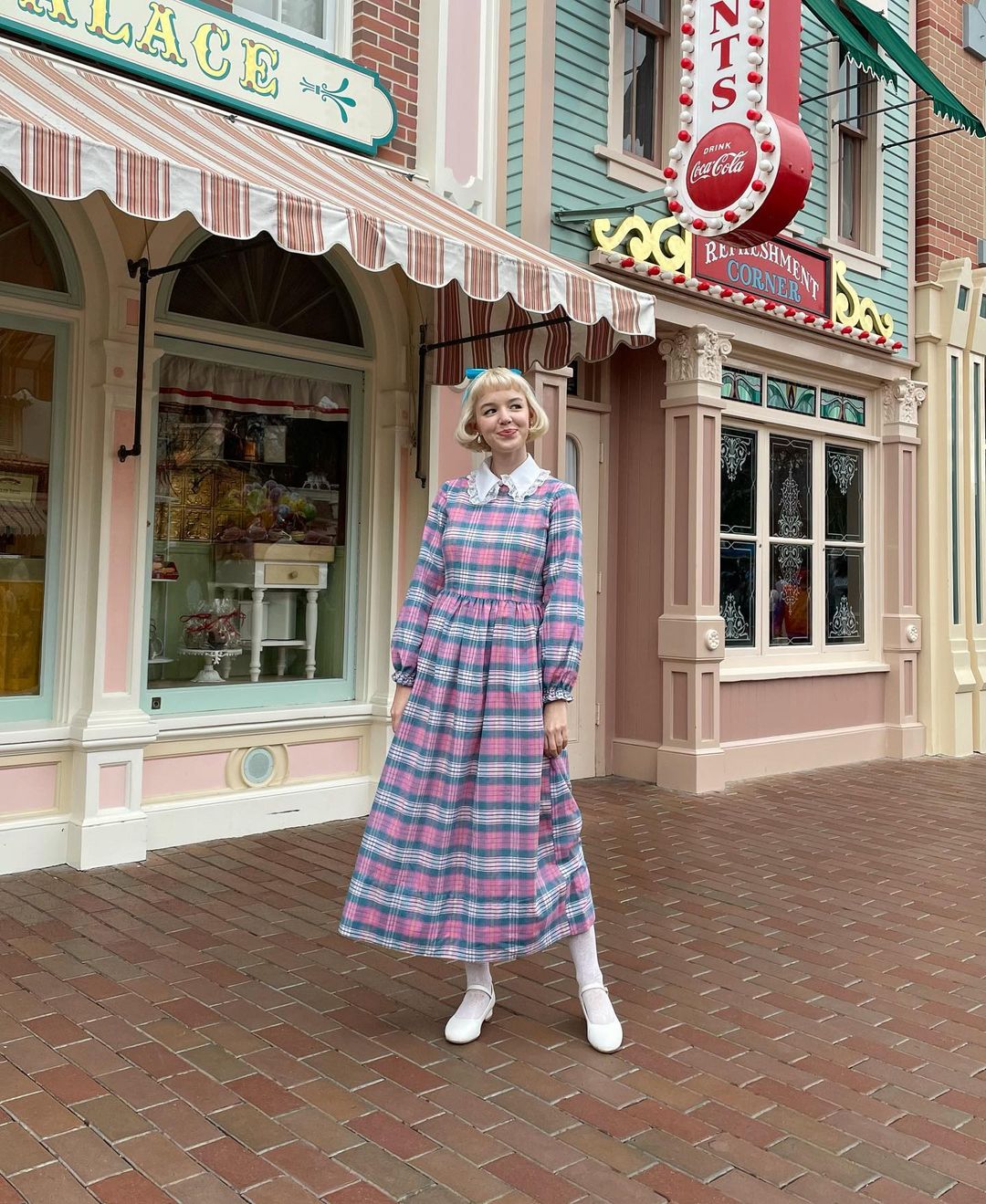 If you still remember the image of Taylor Swift in the Speak Now or Red era, you can imagine the femininity and sweetness of Twee. But the real domain of this aesthetic is the social network Tumblr. Before most people turned to Facebook or Instagram as they are today, Tumblr was a popular community for sharing art, literature, and movies. The girls here have their own unique aesthetic and so the photos taken of their daily clothes, even after many years, still leave a clear impression. Recently, this style also accompanies Lexi Howard in the series Euphoria. In 2022, Twee is predicted to bring more school spirit. 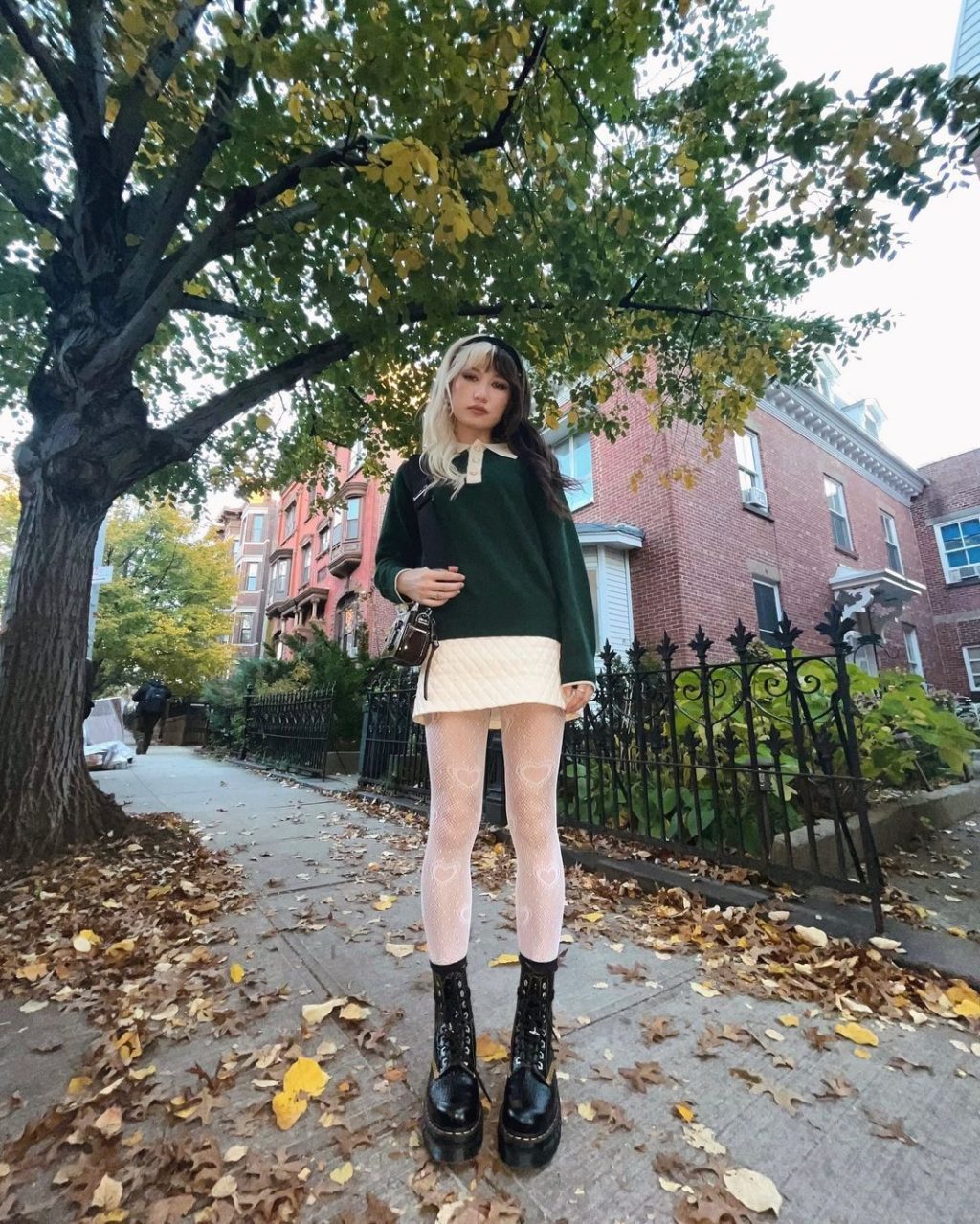 FETISHCORE: BEWARE LEST YOU GET “TIED UP”! 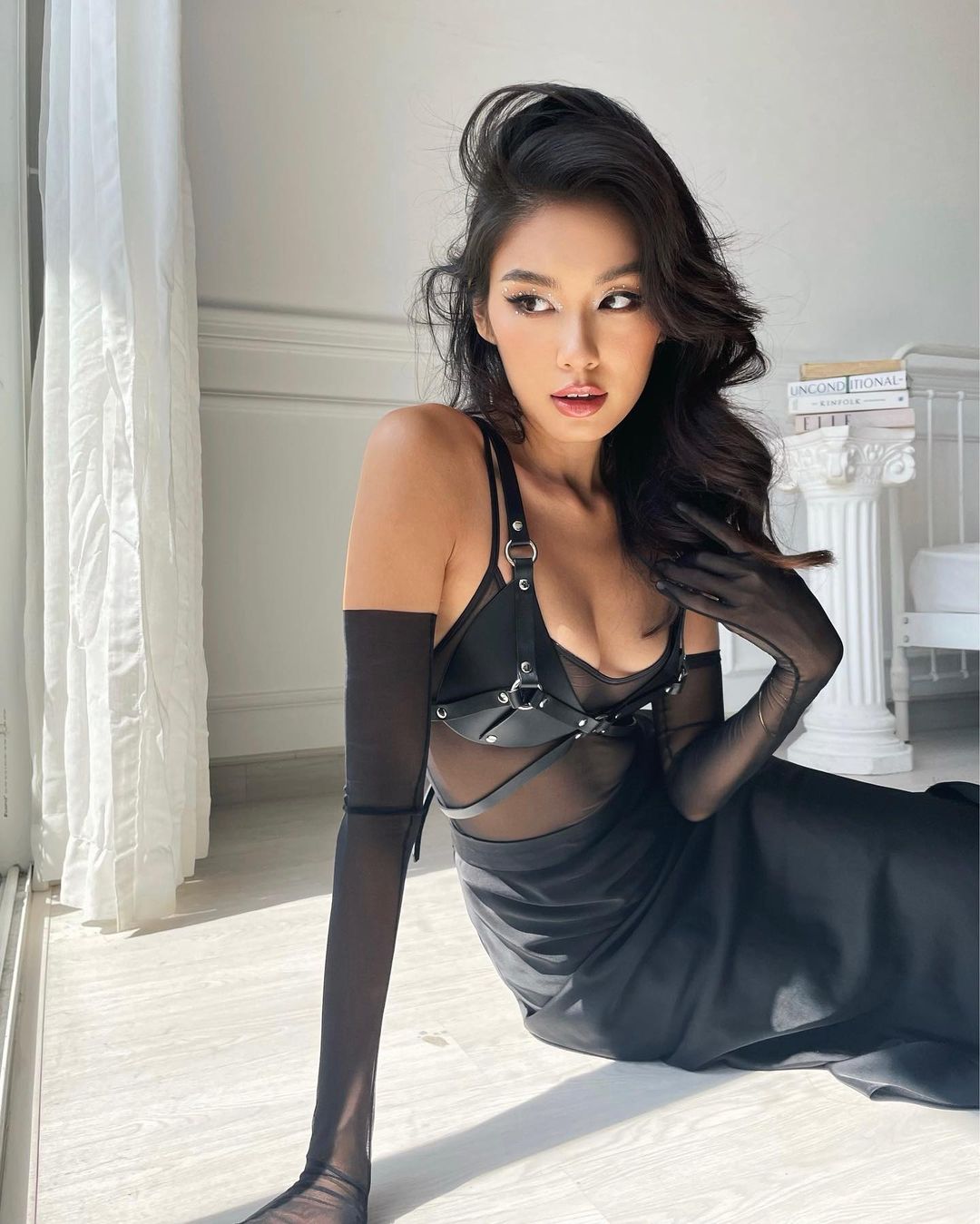 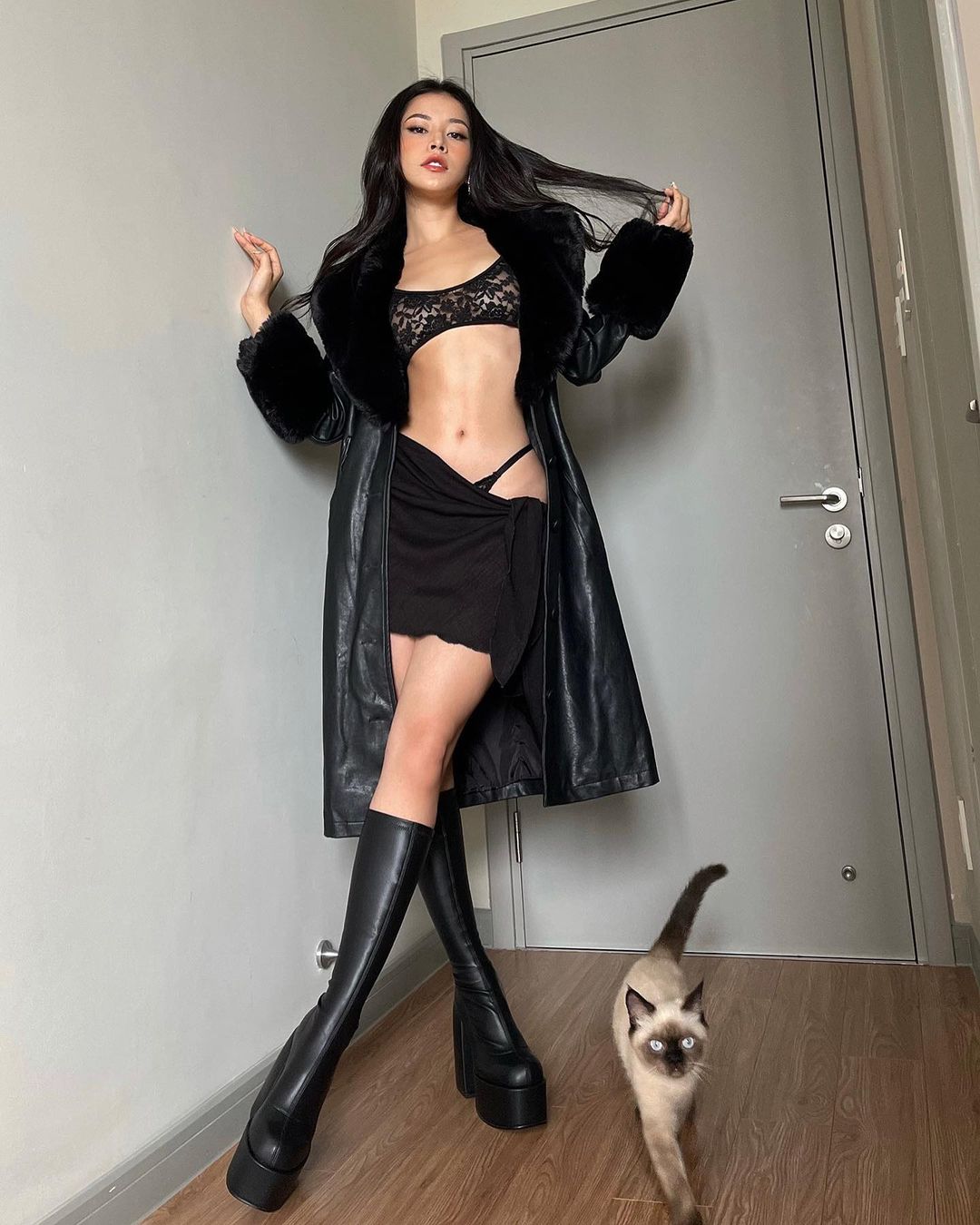 When the views of the times became more liberal, Fetishcore no longer stood in the dark as before, but “proudly” imprinted on the big runway, appearing on Instagram of influential figures such as Dua Lipa , Rihanna . The trend of cut-out, see-through or accessories like chain belts is increasingly being accepted. 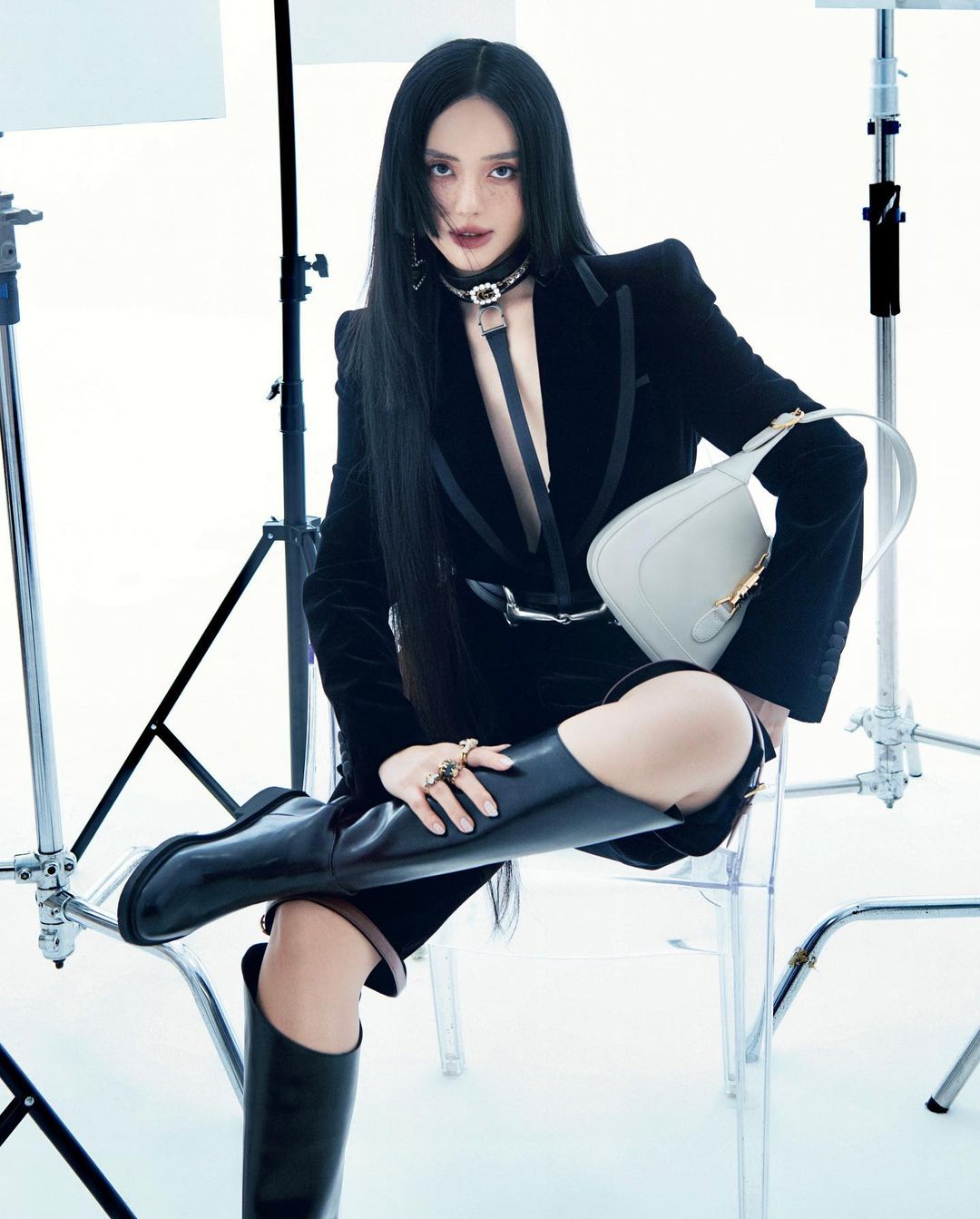 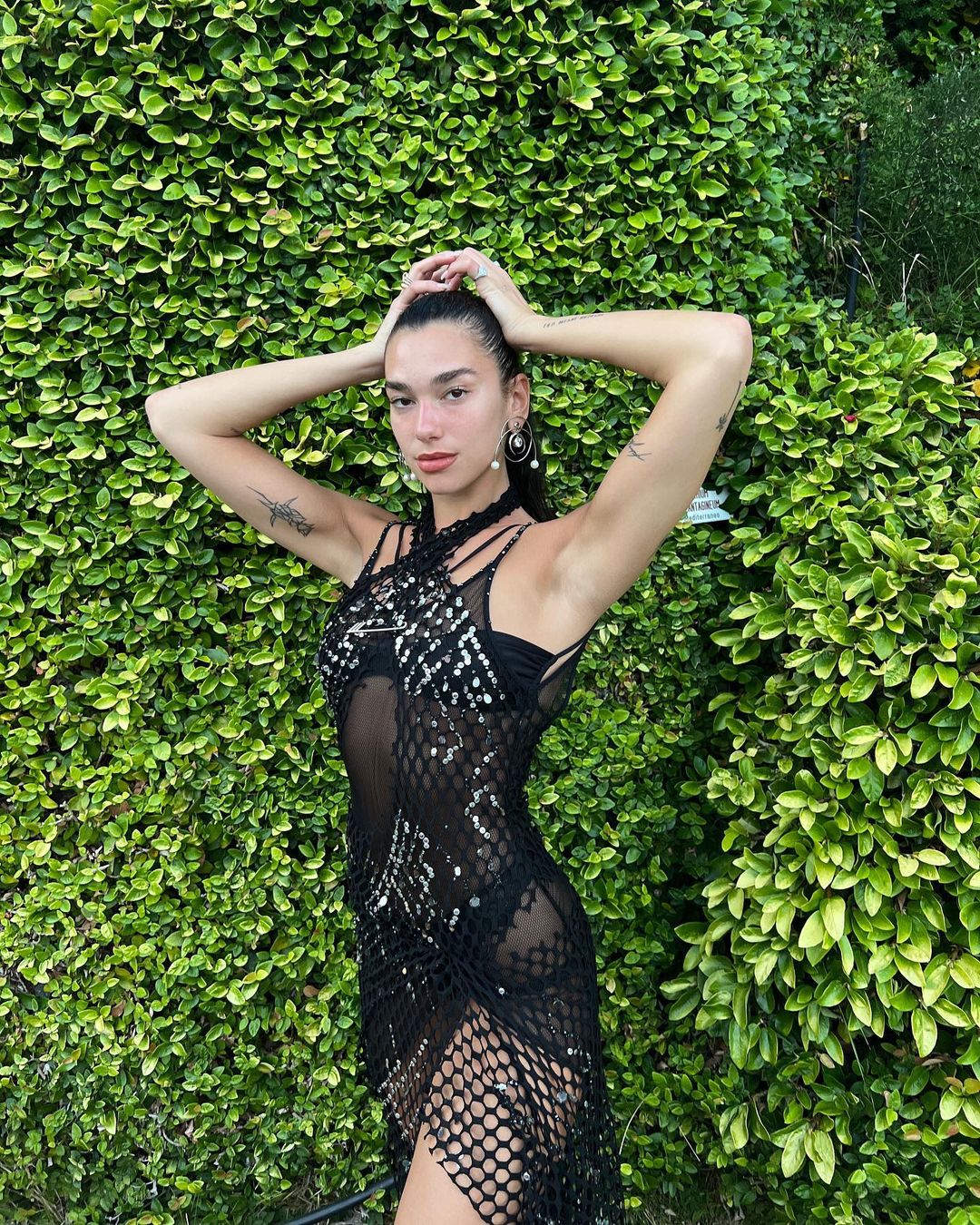 KIDCORE: THE DOOR BACK TO CHILDHOOD

Before the pandemic, Kidcore appeared in the 90s and was inspired by animated movies like Arthur , Sesame Street , etc. The focus of this style revolved around the “inner-child” of each of us. Being a kid doesn’t need to be grown up and boxed, Kidcore mixes awaken the excitement of color and the playful fantasy world of childhood. 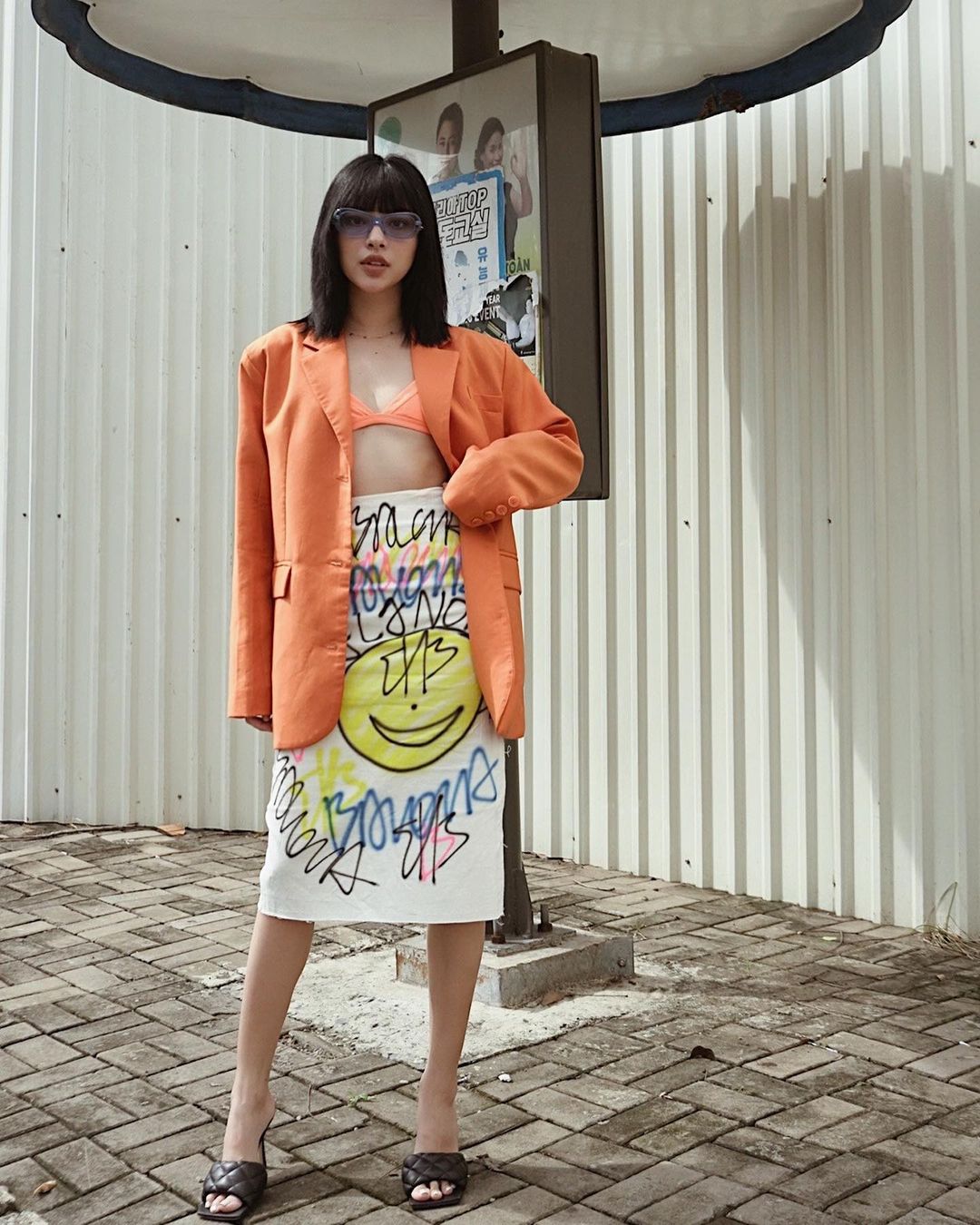 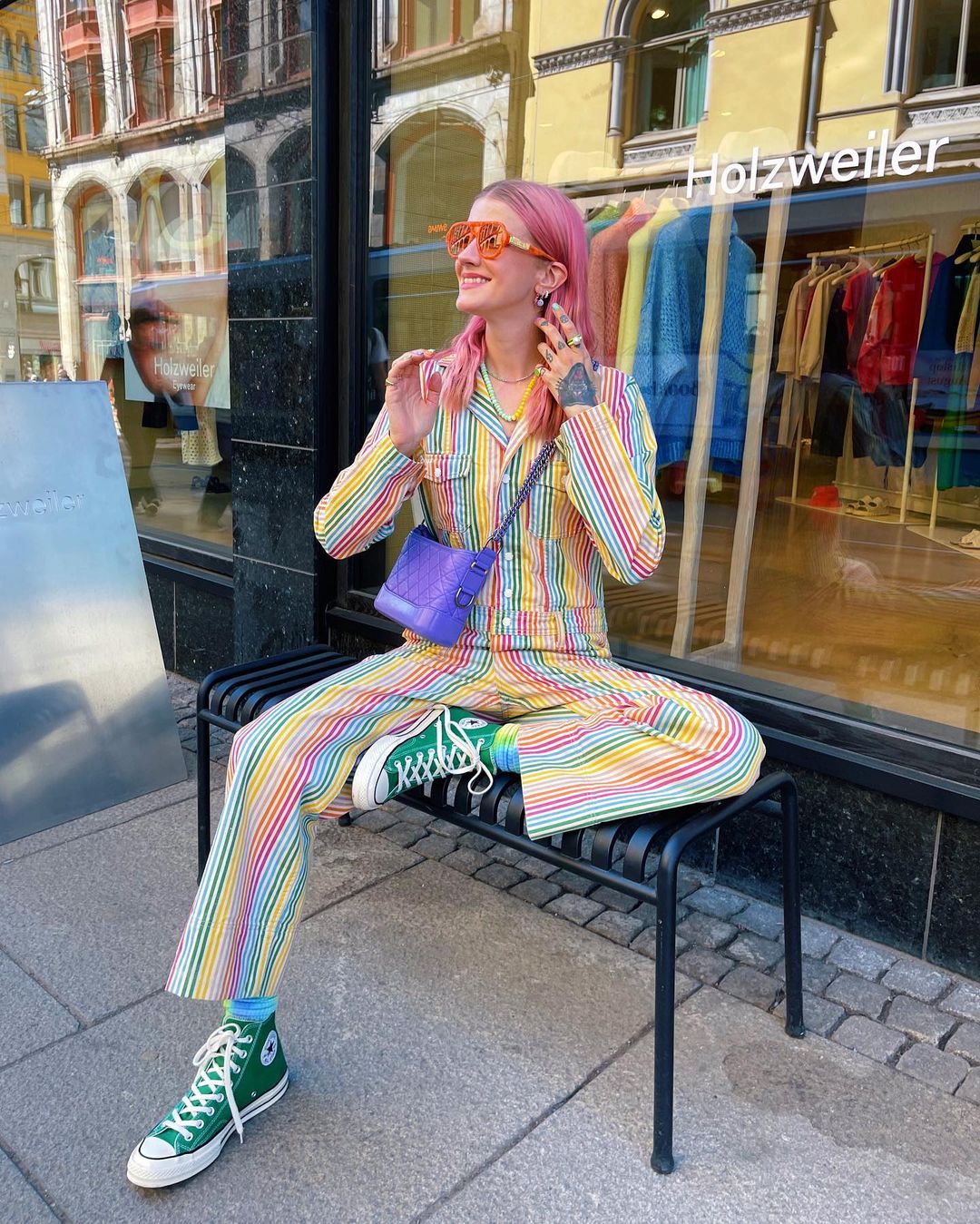 Surely you still haven’t forgotten the plastic bead necklace trend that rocked last summer. They will continue to be supported by Gen Z this year and are a factor in the return of Kidcore. Multi-colored crochet and sweater trends also promise to rock the vintage market and are fully utilized  by indie brands. 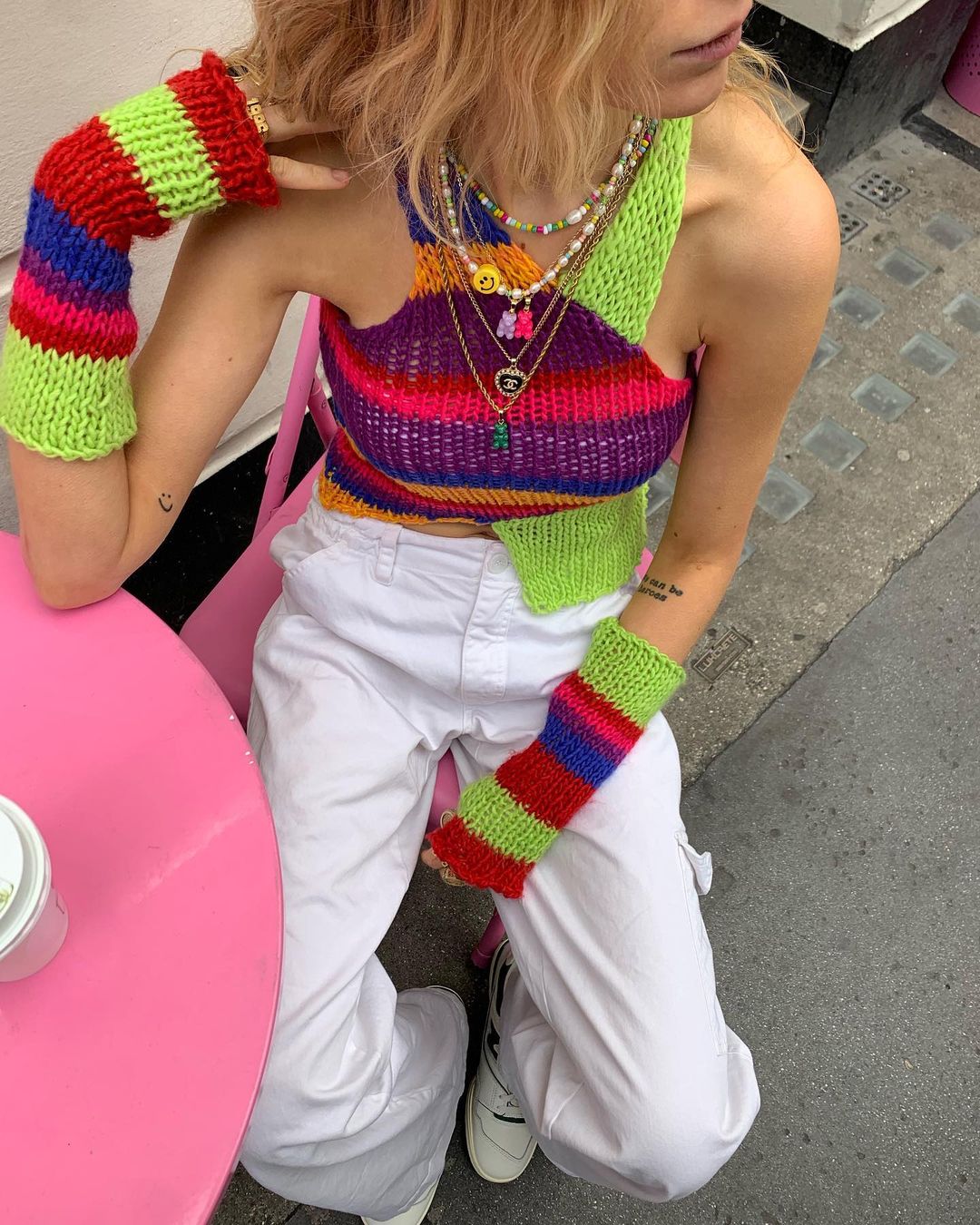 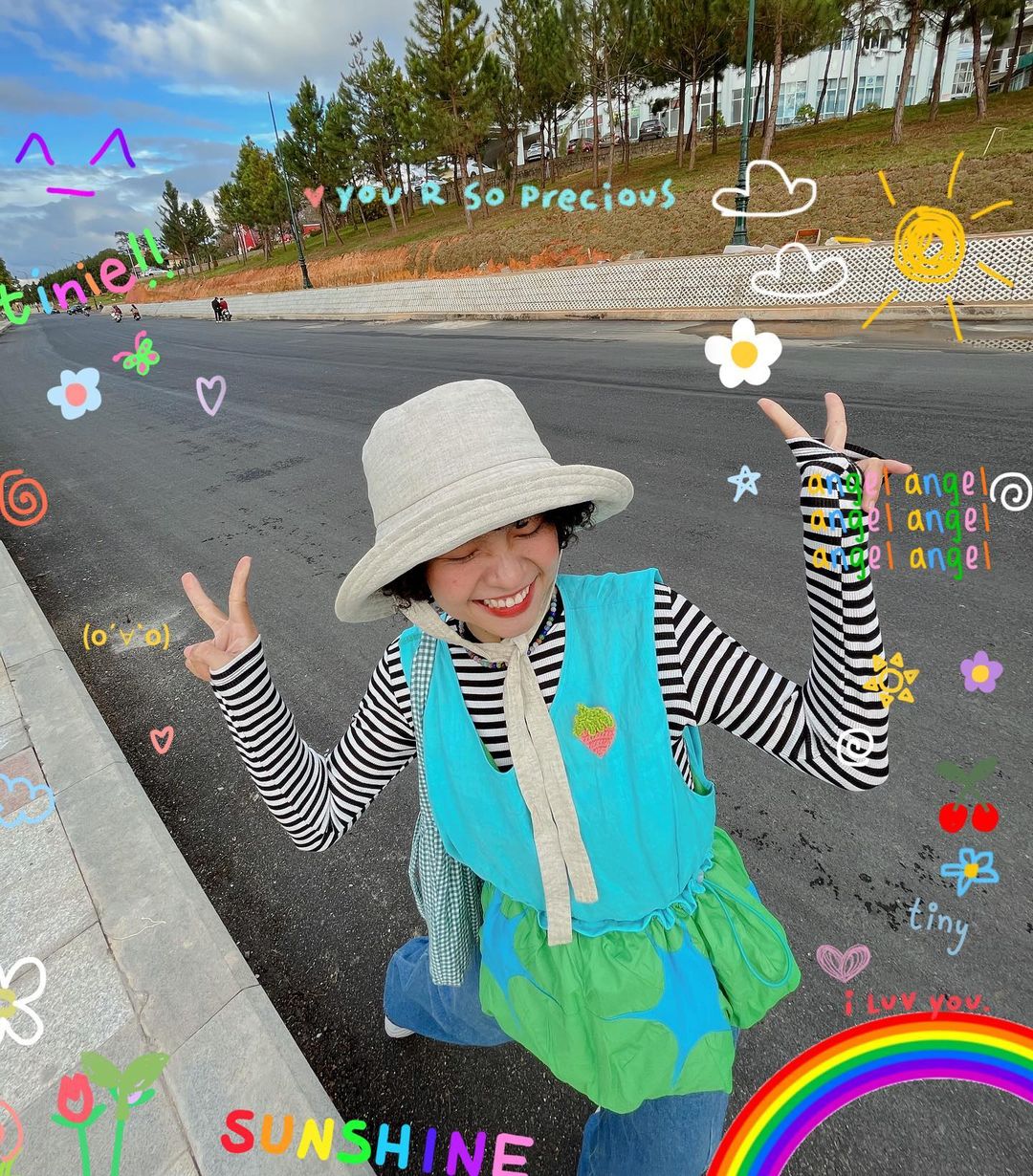 Zikadoo store is where you can find your favorite items to add some refreshing style to your room and there will be a perfect one for you or a best gift for your loved one. Let’s go on and browse our collection.